US likely to keep 100,000 troops in Europe for foreseeable future in face of Russian threat, US officials say 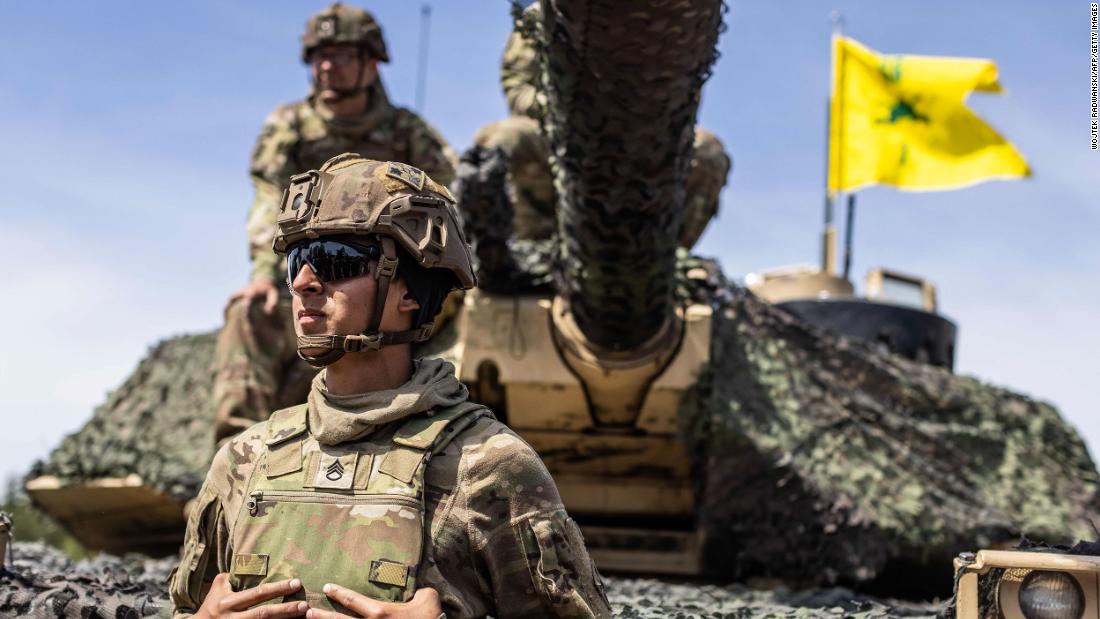 The numbers could temporarily increase if NATO carries out more military exercises in the region, and the US could add additional bases in Europe if the security environment changes, the officials added.

The plans are being considered following Thursday’s meeting of NATO’s military chiefs in Brussels, the officials said. The military chiefs are making the recommendations to a NATO defense ministers meeting planned for June, and NATO leaders including President Joe Biden will meet in Madrid at the end of that month.

The US increased its overall force posture in Europe from about 60,000 troops before Russia’s invasion of Ukraine to about 100,000 now, adding troops and military assets to countries along Europe’s eastern flank to support NATO and to further deter Russia. The US contributed thousands of troops to NATO’s Response Force, which was activated for the first time in NATO’s history earlier this spring.

These recommendations are consistent with what top military leaders have been telling US lawmakers. In April, Chairman of the Joint Chiefs of Staff Gen. Mark Milley told members of Congress he endorsed creating permanent US bases in Eastern Europe as a response to Russia’s attack on Ukraine. But Milley said he believed US troops at those bases could be rotational. He said he didn’t think the US needed to permanently station troops at them to create an effective deterrent.

NATO’s military chiefs, including Gen. Tod Wolters who serves as both Commander of US European Command and Supreme Allied Commander, Europe, participated in the meetings in Brussels as the war in Ukraine grinds on, nearing the three-month mark since Russia’s invasion began. The US added thousands of troops in Europe on temporary rotations, deployed additional military assets to the Eastern flank to support eight new NATO battlegroups, and sent billions of dollars in military assistance to Ukraine, alongside NATO allies.

However, the Pentagon recently announced replacement troops for those temporary rotations, signaling the increased US presence will be maintained for some time to come. The Pentagon announced that approximately 10,500 US Army personnel would be deployed to Europe in the coming weeks and months to replace forces that are already there on May 13.

As well as the larger NATO meetings Gen. Milley also met military leaders from France, Germany, Italy and the United Kingdom as well as Finland and Sweden this week, according to readouts from Joint Staff Spokesperson Col. Dave Butler.

As Sweden and Finland are poised to join NATO, US officials don’t believe additional forces will be needed unless Russia suddenly poses a threat to the two Nordic countries. If Russia were to move weaponry or make serious threats to move weaponry closer, the force posture might have to be further reassessed, the officials said.

Sweden and Finland have expressed concerns about their security in the interim period after they submitted their applications for membership, asking certain NATO allies for additional security support while the process plays out. Certain nations have agreed to provide additional support to the two countries, Admiral Robert Bauer, Chair of the NATO Military Committee, said Thursday.

Most NATO members have welcomed Finland and Sweden’s application to join but Turkey has raised objections.

Secretary of Defense Lloyd Austin met with Swedish Defense Minister Peter Hultqvist at the Pentagon Wednesday, a day before the NATO military chiefs meeting in Brussels.

“The secretary made it very clear that we have a comfort level with their military going back many years, and that at a staff level we’ll be happy to have a discussion with them about security and capability needs that they might have to help assure them and to deter Russia should that be necessary,” a senior defense official said of the meeting between Austin and Hultqvist Wednesday.

NATO and US leaders have been hinting at a more permanent change in European force posture in response to Russia’s ongoing invasion with a possible announcement at the NATO summit in Madrid next month. It could solidify the 100,000 troop level for some time to come.

In April, Austin told US lawmakers that the war in Ukraine and Putin’s actions will change the US military footprint in Europe.

“This unlawful and unprovoked aggression by Putin has the effect of changing the security architecture in the region for some time to come,” Austin said. “We do expect that it will change our footprint. In terms of how much it changes the US contribution, that’s left to be seen.”

Secretary of State Antony Blinken and NATO Secretary General Jens Stoltenberg both hinted at an announcement about a more permanent change in NATO’s military posture, specifically in Eastern Europe at the conclusion of the NATO informal foreign ministers ministerial in Berlin, Germany on May 15.

“We also spent time here in Berlin laying the groundwork for next month’s summit in Madrid,” Blinken said during a press conference at the conclusion of the NATO informal meeting in Berlin. “NATO is going to release its new Strategic Concept laying out how the Alliance will sustain and strengthen transatlantic security in the face of President Putin’s aggression as well as other emerging threats. And we’ll look ahead to our continuing efforts to fortify our force posture on NATO’s eastern flank.”

Stoltenberg said the alliance will “make important decisions to reinforce NATO’s deterrence and defense to reflect the new security reality in Europe,” during the summit in Madrid next month after the conclusion of the informal meeting in Berlin on May 15.