USPS Is Getting Rid of This Service, Effective Immediately — Best Life 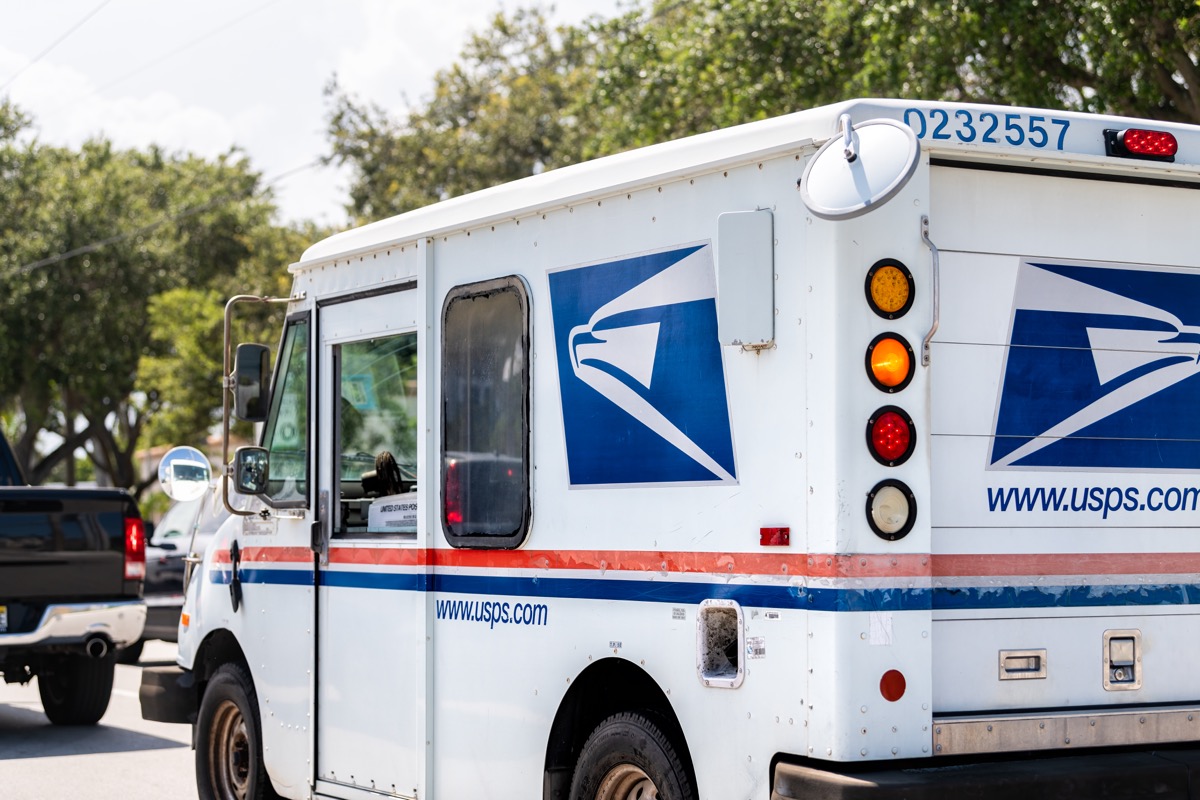 From delivery delays to missing mail, we’ve all experienced our fair share of frustration with the U.S. Postal Service (USPS). It’s not all their fault, of course: Recently, the agency has been struggling to overcome number of challenges that have been exacerbated by the COVID pandemic, including staffing shortages and financial setbacks. But sometimes these larger problems have nothing to do with a service disruption, as residents of one area just discovered. Read on to learn more about why the USPS has stopped delivering certain mail.

READ THIS NEXT: USPS Is Getting Rid of This Service, Starting July 10.

In early April, the Postal Service stopped delivering mail to some residents in Santa Monica, California. According to CBS News, the USPS had suspending delivery service to one neighborhood after there had allegedly been several assaults on carriers delivering mail in the area by an individual who had not been apprehended. The agency reinstated its service to the block about a week or so later, the Santa Monica Mirror reported.

This week, the agency suspended service to another neighborhood. Newsweek reported on May 20 that the Postal Service has just gotten rid of mail delivery for a neighborhood in Greenfield, Indiana. According to the town’s local news station Fox 59, a USPS spokesperson said that the agency will not reinstate service “until residents install curbside mailboxes,” which allow carriers to make deliveries without leaving their vehicles.

The suspension of mail delivery in the Greenfield neighborhood is also the result of attacks on carriers—but this time, by animals. “Due to ongoing and unresolved issues with loose dogs in the area including Stevens Court and the 1000 block of Noble Street, mail delivery to these addresses has been suspended,” the USPS spokesperson said in a statement to Fox 59.

According to the news station, the most recent attack in the town occurred on April 16 when a mail carrier was chased by two Boxers and bitten on her arms, legs, back, left thigh, right knee, and groin. Greenfield Animal Control told the news station that the carrier had to receive 50 stitches and may lose use of one of her arms. Cherie Sirosky, the resident who owns the Boxers, is facing criminal charges because the dogs were not up-to-date on their rabies vaccines at the time of the attack.

“I pulled up and I saw my neighbor across the street and my neighbor next door tending to her,” neighbor Nate Luke told Fox59. “I could see that she was had some blood all over her and it didn’t look good.”ae0fcc31ae342fd3a1346ebb1f342fcb

According to the Postal Service, mail delivery can be suspended and withdrawn from any area. “Delivery service may be suspended when there is an immediate threat to the delivery employee, mail security, or postal property,” the agency confirms on its website.

The USPS can also choose not to provide service to certain people due to blocked mailboxes, overflowing mailboxes, travel obstructions, and other hazardous conditions. “Safety is a primary objective and concern and mission,” Paul A. Toms, president of Greenfield’s local chapter of the National Association of Letter Carriers, told Fox 59. “Our mission is to get the mail carried but the letter couriers have to be safe.”

READ THIS NEXT: All the Changes USPS Is Making to Your Mail This Year.