Walmart Is Pulling This Product From Shelves After Major Backlash 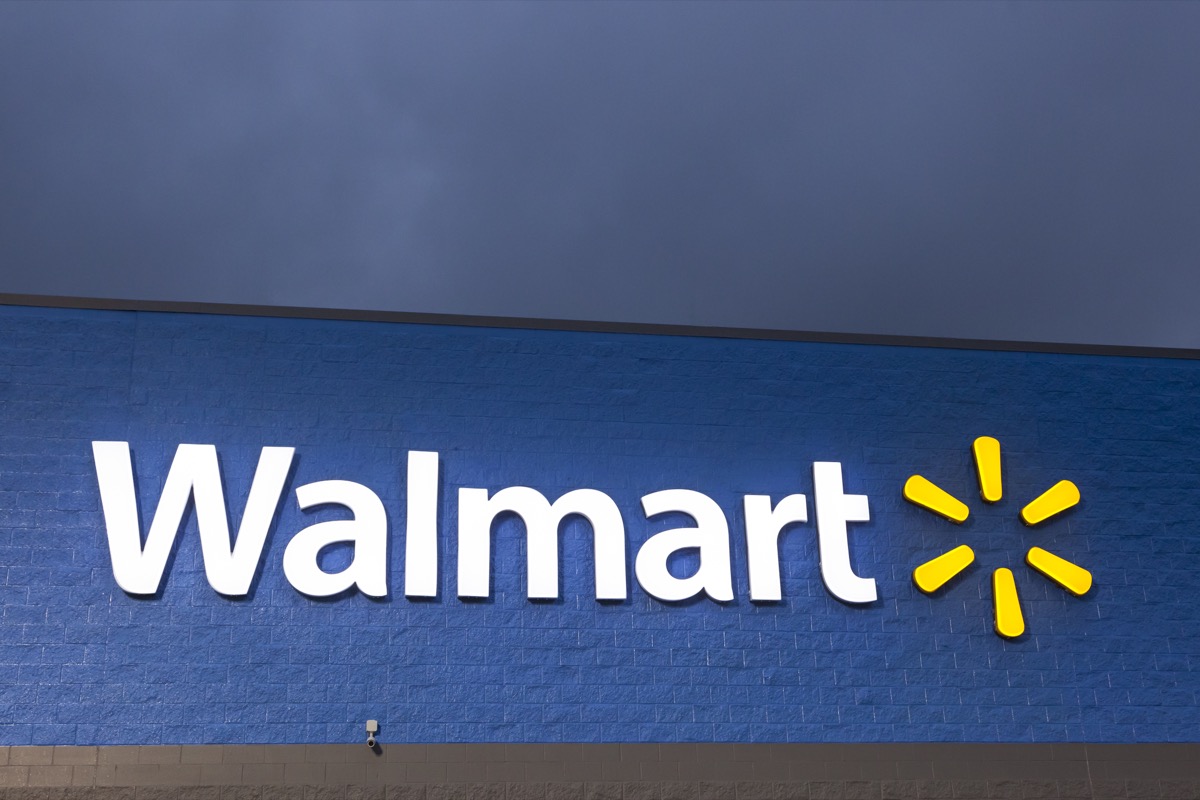 One of the biggest shopping frustrations is not being able to find what you’re looking for at the store. When your local Walmart runs out of certain products, it can be doubly annoying, as these locations are ideal for those of us who prefer to get all our shopping done in one fell swoop. Products are pulled from shelves for different reasons, most often due to safety concerns and related recalls, but some items end up causing more of a stir. Walmart is currently facing major backlash for one such product, which has already been removed from stores. Read on to find out what you won’t be able to purchase on your next shopping trip.

READ THIS NEXT: These Are All the Walmart Locations Closing Forever by the End of May.

So far this year, Walmart has been forced to remove different items from stores and its website, including a children’s bicycle helmet, pancake mix, and certain sneakers. On May 4, select lots of Parent’s Choice baby wipes were pulled, with the retailer citing a quality issue. Consumers alleged that the wipes left behind colors on the skin and caused irritation, while others claimed the wipes were contaminated with toxic metal—a claim Walmart later stated was false. While the company did not provide detailed reasoning for removing the products, Walmart confirmed it was “working closely with the supplier and FDA to investigate the issue” in a statement to the Miami Herald.

Now, Walmart has found itself in hot water yet again, but this time it has to do with marketing tactics.

Walmart introduced a new Great Value-branded ice cream flavor in recognition of Juneteenth—that day that commemorates the ending of slavery in the U.S. on June 19, 1865.

While the ice cream’s packaging said it was a “Celebration Edition” and asked consumers to “Share and Celebrate African-American culture, emancipation and enduring hope,” the dessert quickly garnered criticism as a marketing ploy. Amid the ongoing backlash, the ice cream was removed from Walmart freezers, Fox 7 Austin first reported on May 23.

“Juneteenth holiday marks a commemoration and celebration of freedom and independence,” Walmart said in an email addressing the issue. “However, we received feedback that a few items caused concern for some of our customers and we sincerely apologize. We are reviewing our assortment and will remove items as appropriate.”

The Juneteenth ice cream had swirled red velvet and cheesecake flavors, and Twitter was flooded with opinions on the controversial product. Several users claimed Walmart was capitalizing on the holiday in order to turn a profit.

“I would prefer a black owned company profit off Juneteenth ice cream than Walmart of all companies,” one Twitter user wrote on May 22.

Speaking to this, other tweets called out the flavor’s similarity to one from Creamalicious, a Black-owned ice cream company in Chicago. To complicate things further, Creamalicious sells its Right as Rain Red Velvet Cheesecake flavored ice cream at Walmart locations, USA Today reported. Twitter users have taken this opportunity to promote the brand’s ice cream, asking shoppers to support Creamalicious instead.ae0fcc31ae342fd3a1346ebb1f342fcb

“In all seriousness … If you have seen the Juneteenth Ice Cream from Walmart, go ahead and grab some Creamalicious Red Velvet Cheesecake instead! Walmart could have used this opportunity to highlight this brand instead of making a cheap copycat for OUR independence day,” another Twitter user wrote.

Also for sale at Walmart is LGBTQIA+ Pride-themed ice cream, which is a mix of white chocolate-flavored ice cream, brownies, and cherries. Twitter users are not thrilled about this branding either.

“So…they didn’t stop at a Juneteenth flavor,” Stephanie M. Smith, Maryland state delegate tweeted, adding that commemorative flavors should be left to the popular ice cream brand Ben & Jerry’s, which would have a “call to action” and a “focus grouped flavor.”

The ice cream was another Celebration Edition product introduced for Pride Month in June, which honors the 1969 Stonewall Riots and celebrates LGBTQIA+ rights. While many believe an ice cream flavor may not be the best nod to Pride Month, no formal announcement has been made about whether or not this “celebratory” flavor will remain available for purchase.

READ THIS NEXT: Walmart and Dollar General Are Under Fire for Doing This to Customers.