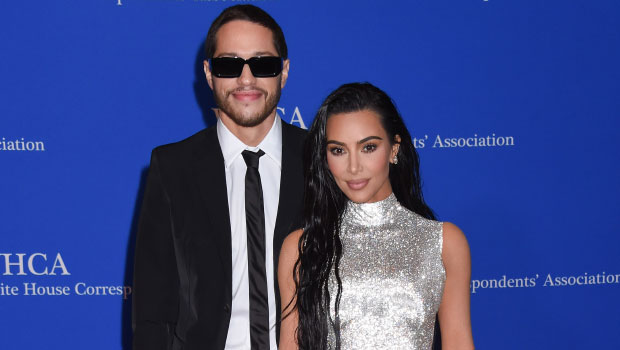 After murmurs of his impending exit from Saturday Night Live began, Pete Davidson, 28, officially announced his departure ahead of the season finale of the hit NBC sketch show on May 22. And according to a KarJenner source, Pete’s girlfriend Kim Kardashian, 41, is fully supporting him. “Kim completely has Pete’s back and she thinks he’s making the smartest decision for his career. She knows what an incredible opportunity SNL has been for helping to build Pete’s brand, but he has a huge fan base now and can do anything he wants,” they EXCLUSIVELY shared with HollywoodLife. “She knows he’s been toying with the idea of leaving since before they started dating, but she thinks he made the right call to bow out now. He already has a ton of projects lined up and she loves that he’ll have more freedom with his schedule now.”

Another source close to the Kardashians stressed how huge it is that Pete will no longer be locked down by the demanding rehearsal schedule for Saturday Night Live. “SNL took up a lot of time to film and he would never be able to do other projects because of the fact that it required so much rehearsal and that took several days of the week, not to mention the fact that all his weekends were shot,” they EXCLUSIVELY told HollywoodLife.

And although fans may think Kim was the driving force between Pete’s breakup from SNL, a third source told HollywoodLife EXCLUSIVELY that it was “100 percent” Pete’s call. “Kim has just been doing everything she can to support him through this,” they added.

Of course, it’s well-known that Pete and Kim started their romance around the time that she hosted the season premiere of Saturday Night Live on Oct. 2, 2021. The pair kissed during a skit in which Pete played Aladdin and Kim was dressed as Princess Jasmine. After that, they were spotted at California’s Knott’s Berry Farm on Oct. 29. By mid-November, HollywoodLife confirmed that the Staten Island native and reality star and businesswoman were officially an item. They made their red carpet debut at the 2022 White House correspondents’ dinner in April.

Pete waved goodbye to SNL in an emotional note shared on the Instagram account of Dave Sirus, who co-wrote The King Of Staten Island with Pete. He wrote his sentimental caption underneath a video of him hugging fellow comedian Jerrod Carmichael. “This video was taken 8 years ago. Jerrod sent it to me last night and it made me super emotional in the best way. In the video I had just gotten back from doing my very first update and sketch,” the comedian, who made history as the youngest person to be cast on the sketch comedy show, began. “It’s crazy to think that today I’ll be doing my last one. When I got the show I was 20 years old and I had no idea what I was doing. I still don’t but especially back then. I wasn’t really a sketch performer I was just a stand up.”

He continued, “I got to share so much with this audience and literally grow up in front of your eyes. We were together through the good and the bad, the happiest and the darkest of times. I owe [show creator] Lorne Michaels and everyone at SNL my life. Im so grateful and I wouldn’t be here without them.”

Who knew how much Pete’s life would change when he started on SNL, and how much further it would change after he kissed Kim on what would be his last season premiere ever? His fans are certainly rooting for him and so is Kim.